These are the latest developments (U.S. Eastern time):

1:45 p.m. Upon concluding his news conference, Biden tweets that America is back.

1:40 p.m. Linda Thomas-Greenfield, Biden’s nominee for ambassador to the United Nations, reflects on her 35 years in the Foreign Service and says she always put a “Cajun spin” on her relationship-building.

“I called it gumbo diplomacy,” the Louisiana native says. “Wherever I was posted around the world, I’d invite people of different backgrounds and beliefs to help me make a roux,” chop onions and cook homemade gumbo, she says.

“It was my way of breaking down barriers, connecting with people, and starting to see each other on a human level,” Thomas-Greenfield says.

1:35 p.m. Biden’s nominee for secretary of state, Antony Blinken, shares a story about his late stepfather, Samuel Pisar. Pisar was one of 900 children in his school in Bialystok, Poland — but the only one to survive the Holocaust after four years in concentration camps.

“At the end of the war, he made a break from a death march into the woods in Bavaria,” Blinken said. “From his hiding place, he heard a deep rumbling sound. It was a tank. But instead of the Iron Cross, he saw painted on its side a five-pointed white star.”

“He ran to the tank,” Blinken continued. “The hatch opened. An African American GI looked down at him. He got down on his knees and said the only three words that he knew in English that his mother had taught him before the war: ‘God bless America.’ That’s who we are. That’s what America represents to the world, however imperfectly.”

1:20 p.m. Announcing his foreign policy and national security team, Biden says it will help America reclaim its seat at the head of the table. The U.S. will take a global leadership role “both in the Pacific as well as the Atlantic, all across the world,” he says in a news conference.

He introduces former presidential candidate and Secretary of State John Kerry as the special presidential envoy for climate — a newly created position whose occupant “can make sure climate change is on the agenda in the Situation Room.”

11:40 a.m. Pennsylvania has certified its Nov. 3 election results, confirming Biden as the winner of the key political battleground state.

11:25 a.m. The Dow Jones Industrial Average reaches 30,000 for the first time as the stock market cheers the start of the transition to a Biden administration. Progress toward coronavirus vaccines is also emboldening investors. 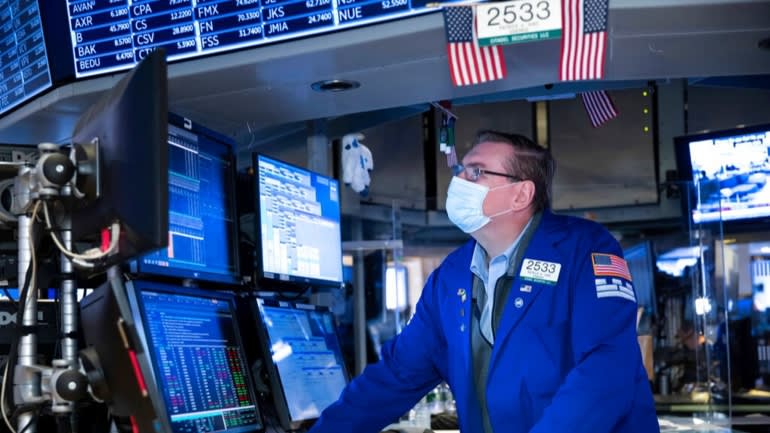 U.S. stocks rose for the second day Tuesday as investors welcomed the start of the transition to President-elect Joe Biden’s Administration.

For more on the U.S. election — and the Asian angle — read our in-depth coverage:

— Mahathir on Biden and China: It ‘couldn’t be worse’ than Trump

10:50 a.m. Biden tweets that the election is over and it is time for the country to come together.

2:00 a.m. Taiwan says it has good communication with Biden’s team, Reuters reports, as the self-ruled democracy claimed by China prepares for life without the enthusiastic backing of the Trump administration.

“The Foreign Ministry and our representative office in the United States have continued to maintain smooth communication and have good interactions with the Biden team via various appropriate means,” said Joanne Ou, a ministry spokeswoman.

“At the same time, we have also conveyed Taiwan’s sincere gratitude to the current Trump administration. The current Taiwan-U.S. relationship is at its best in history. We sincerely thank you.”

11:15 p.m. Lest anyone think he was giving up, after authorizing the General Services Administration to work with Biden’s transition team, Trump reiterates his claim that the election was “corrupt.”

He says his side is “moving full speed ahead” with its legal challenges and “will never concede to fake ballots.”

6:25 p.m. The head of the U.S. General Services Administration, Emily Murphy, sends President-elect Joe Biden a letter saying the presidential transition can begin. This authorization gives Biden access to government buildings as well as $7.3 million in transition funds. President Donald Trump said he had given Murphy the go-ahead despite plans to continue legal challenges.

“I want to thank Emily Murphy at GSA for her steadfast dedication and loyalty to our Country. She has been harassed, threatened, and abused — and I do not want to see this happen to her, her family, or employees of GSA,” Trump said in a tweet. “Our case STRONGLY continues, we will keep up the good … fight, and I believe we will prevail! Nevertheless, in the best interest of our Country, I am recommending that Emily and her team do what needs to be done with regard to initial protocols, and have told my team to do the same,” he said.

Crypto market volatility is ‘part of the price of opportunity’: CoinShares CSO