Doja Cat is ramping up for the release of her third studio album titled — Planet Her — which is due this summer.

As part of the ensuing promo parade, the Say So singer and rapper transforms into a futuristic digital nymph, or mythical goddess, for an out-of-this-world cover and photo spread for V Magazine.

In the cover story, she dishes about the forthcoming album’s multiple genres and song collaborations with SZA, who’s among the artists lending their talents on vocals. 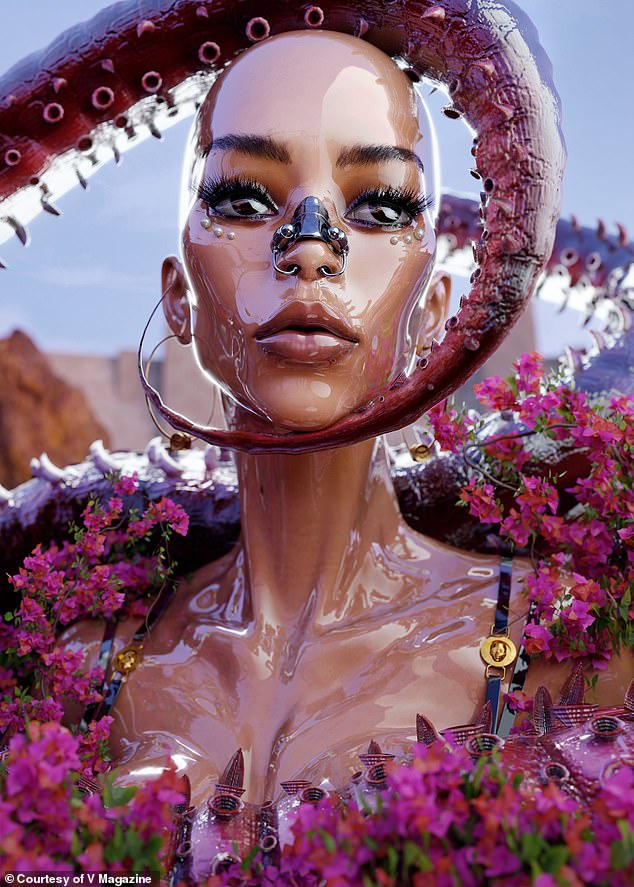 Planet Her: Doja Cat was transformed into a out-of-this-world glossy 3D version of herself for upcoming V Magazine cover story ahead of release of her third studio album — Planet Her

And from the looks of the photo spread, she has taken that ‘divine feminine’ mantra to the stratosphere with a digitally rendered version of herself, compliments of 3-D artist Jason Ebeyer and photographer Steven Klein.

Known for his glossy blend of fashion and technology with hyper surreal alien-like plastic models, Ebeyer turned Doja’s already striking features into another of his unique creations. 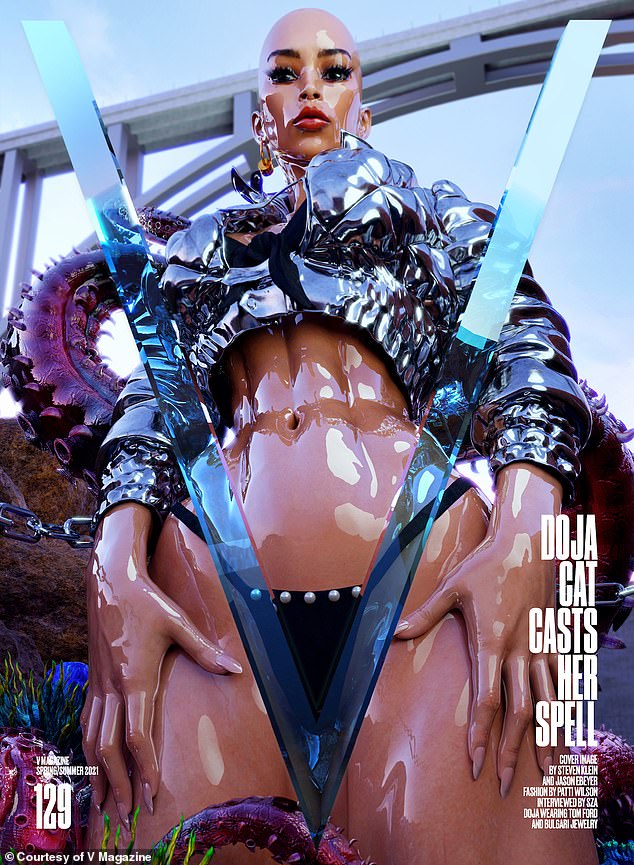 Tasty bits: In the cover story, the Say So singer and rapper dishes about her forthcoming album’s multiple genres and song collaborations with SZA

He put an emphasis on her eyes, legs and midriff by baring her assets with the stylized glossy look decked out in space age ensembles that included a silver crop top jacket and black g-string.

There’s also a photo of the stylized embodiment of Doja laying back in a sleeveless gold top and matching sunglasses with the head of a massive octopus and its tentacles surrounding her.

Looking like she’s riding on a saddle, the stylized songstress can also be seen leaning forward in a black-winged hat with chains hanging off of it with the octopus and its  tentacles seemingly trying to reach up towards her. 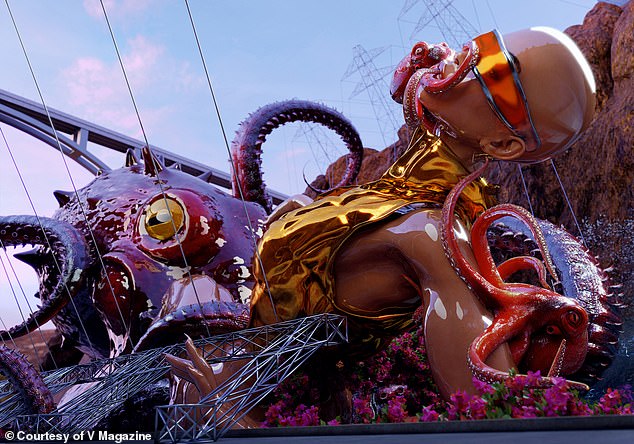 Space age: Known for his glossy blend of fashion and technology with hyper surreal alien-like plastic models, Ebeyer turned Doja’s striking features into another of his unique creations 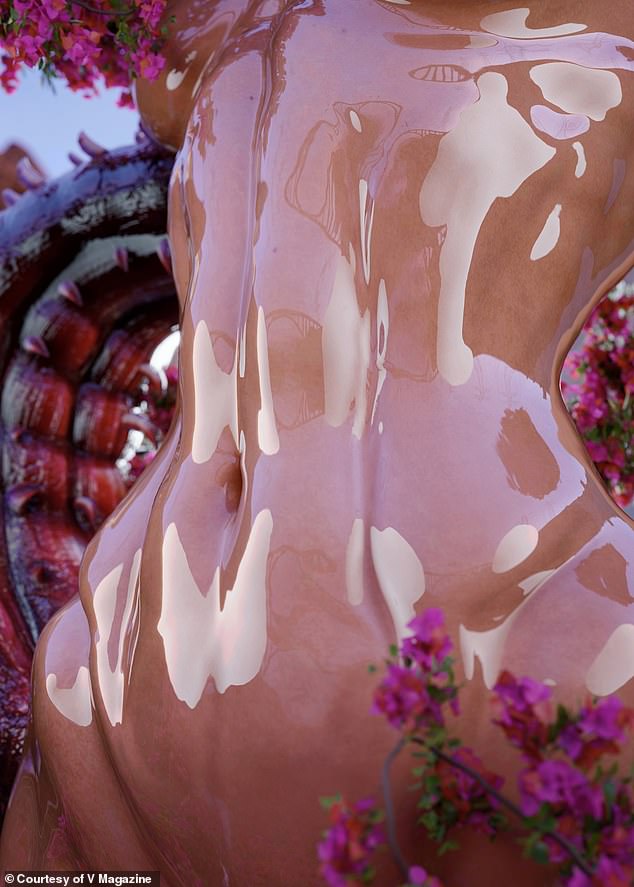 Space Oddity: Ebeyer put an emphasis on her eyes, legs and midriff by baring her assets with the stylized glossy look decked out in space age ensembles

To realize her 3D alien version of herself, Doja worked in collaboration with Ebeyer and Klein.

‘This was a really fun process,’ the Melbourne-based 3D artist said of the collaboration to V Magazine.

‘Firstly I had a few calls with Steven to discuss our ideas for the overall editorial work. From there I had a call with Doja just to get to know a little more about her and help me get a better understanding of herself and also the stylized character we would be producing,’ he said before going into the details about the artistic side of it.

‘My first step in the 3D process was to create a realistic model of Doja after which Steven and myself went in and adjusted to create this stunning stylized embodiment of Doja who exists in this digital environment.’

Ebeyer added that the key to getting the Doja creation to fit into this surreal world was the exaggeration of her eyes and parts of her figure. 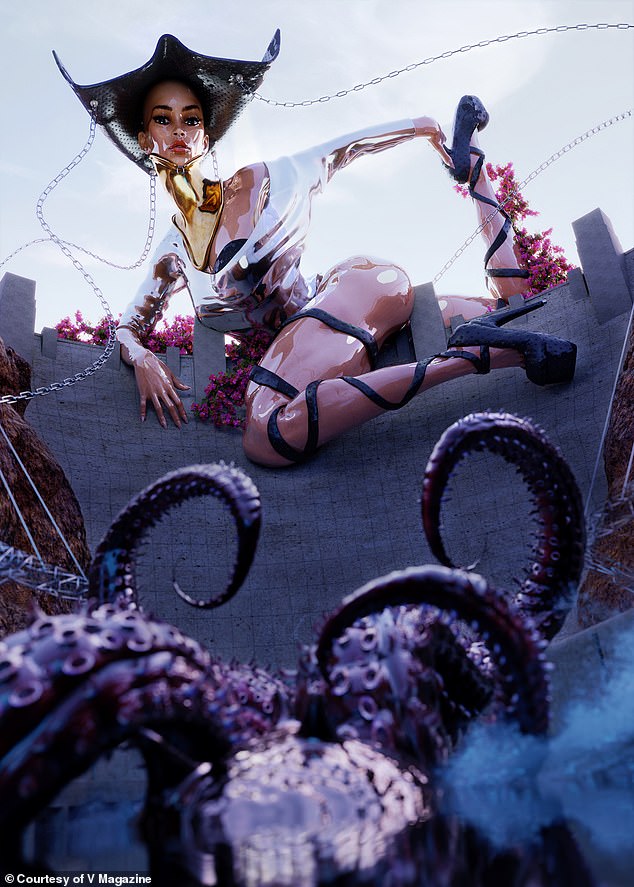 Out-of-this-world: To realize her 3D alien version of herself, Doja worked in collaboration with Ebeyer and photographer Steven Klein

For the new album itself, the Los Angeles native incorporates musical elements of an array of genres including dancehall, afrobeat, funk and house.

And as a result of that hybrid of music influences, the 25-year-old believes the feel of record has a ‘different kind of vibe’ from song to song.

Describing herself as ‘a personal fan,’ SZA asked Doja about her penchant for going from one genre to another.

‘I commend artists, like you, who stick to something. It feels pleasing aesthetically and very driven. For me, I want to try all these things, but I’m starting to learn what I’m falling into is a lot of the house, disco, vintage-y essences — that’s where my heart kind of lies. But I still am doing s**t that I don’t understand. It’s still really fun!’ 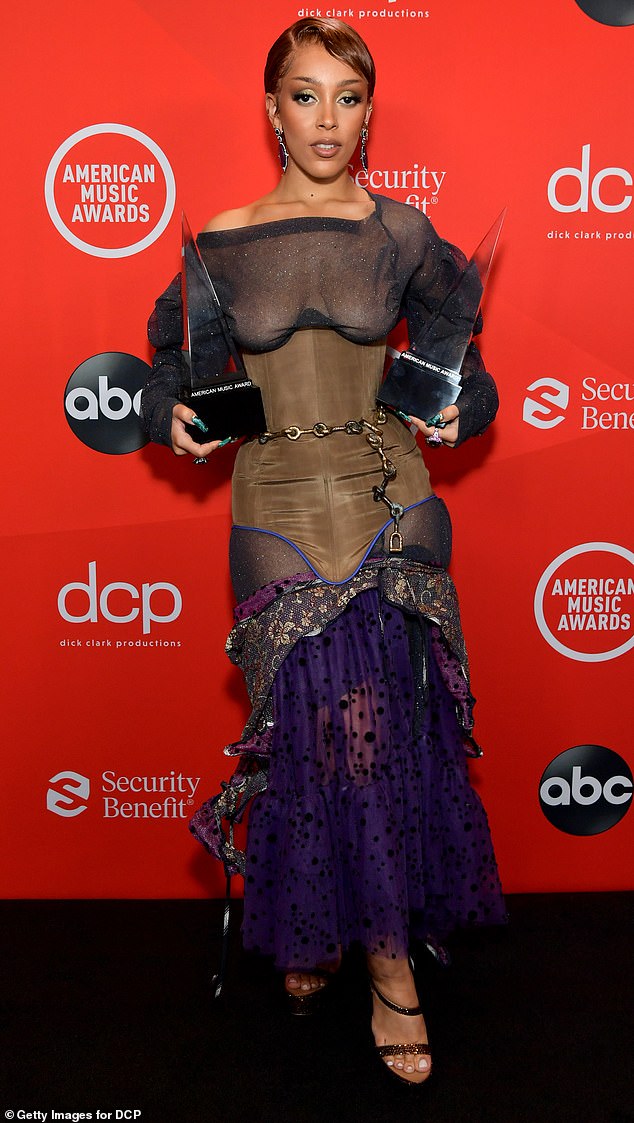 ‘So excited’: Doja gushed about working with Ebeyer and Klein for the photo spread

During the interview, Doja and SZA all but confirmed their collaboration on the song, Kiss Me More, but remained tight-lipped about the identities of the other artists.

‘It’s people that I respect and I’m extremely excited about having on the album and it’s a full-circle moment for me, basically. Just knowing that I have you on it is just sexy. It’s perfect,’ she told SZA.

‘I feel confident. It doesn’t feel like something out of myself, you know? I feel like I’m doing what I want to do.’

Early on Thursday, Doja took to Instagram and shared several of the photos from the V Magazine spread.

‘So excited to have gotten the chance to collaborate with the incredible @jasonebeyer and the legend @stevenkleinstudio for the @vmagazine V129 cover!’ she wrote in the caption.

‘And then to get the chance to chat with @sza for the interview… an experience I’ll never forget!’ 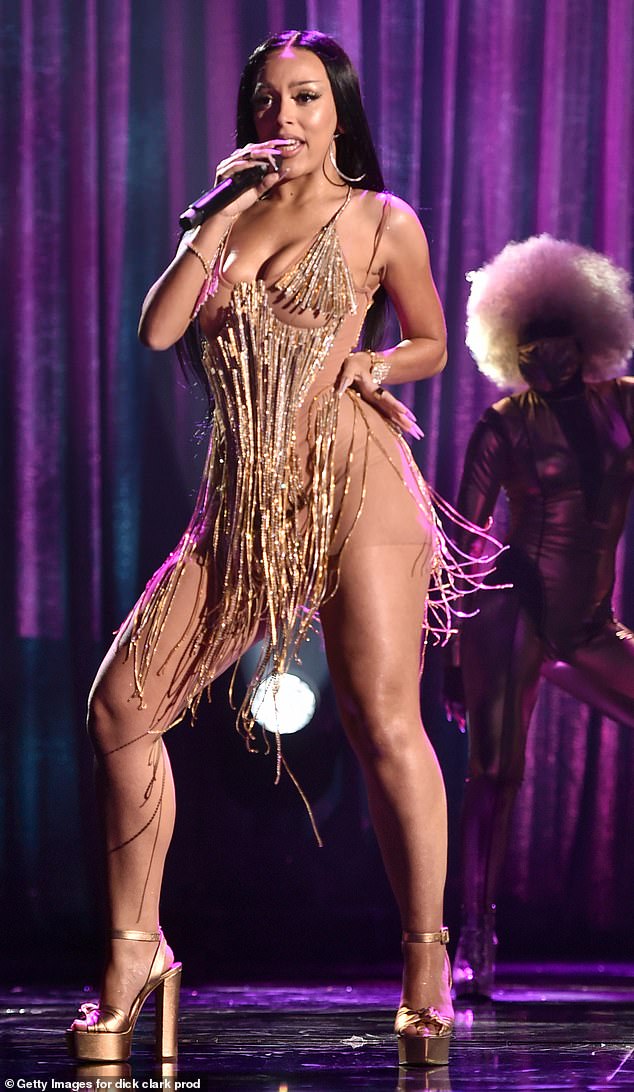 Jimmie Rodgers, singer of ‘Honeycomb’ and other hits, dies