Sean O’Malley took up some unique inspiration from one of the fighters at UFC on ESPN 12 tonight. As Mike Perry brought in an unorthodox cornerman in his girlfriend, O’Malley was evidently quite impressed with the idea.

As the fight progressed and ‘Platinum’ Mike Perry displayed exceptional intelligence and skills, ‘Sugar’ took to twitter to acknowledge his corner team.

Honestly better than a lot of corner advice

“Honestly better than a lot of corner advice.”

Furthermore, the promising Bantamweight prospect is expecting Mike to take it a step further the next time!

I hope @PlatinumPerry has a new girlfriend for his next fight. Legend

“I hope Mike Perry has a new girlfriend for his next fight. Legend.”

His last appreciation for the winner of tonight’s co-main event came as a simple yet honest gesture of appreciation.

However, it was not just appreciation that arose for Mike Perry inside Sean. Apparently, there was also inspiration.

It seems like O’Malley was not joking when he said that Mike Perry had some of the greatest advice from the corner today. When Twitter user MMAMOMENTS asked him whether he, too, would like to have his girlfriend in his corner for the next fight, O’ Malley replied, “90%”.

What are the chances of you having your girlfriend in the corner for your next fight?

Unsurprisingly, Mike Perry ended up pretty emotional after getting the W. After all, he faced a lot of backlash from the entire MMA fraternity because of his unique choices.

Nevertheless, Perry strove on and displayed a brilliant gameplan that he executed with commendable precision. He executed strong takedowns against Gall, who himself recognizes the ground game as his strength. 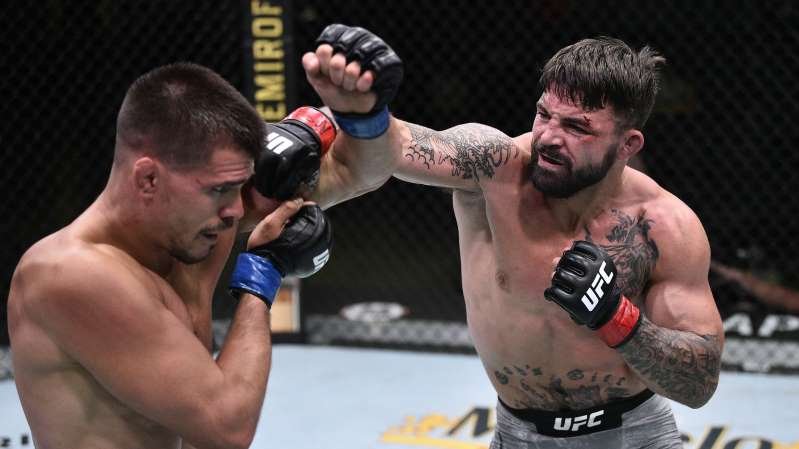 Moreover, this comes as a great upscale in Mike’s career, helping him avoid a hat-trick of losses. The victory over Gall will also put him at a much better position in Welterweight rankings.

What did you think about Perry’s performance tonight?

2020 Workday Charity Open leaderboard, takeaways: Justin Thomas surges into the lead in Round 3