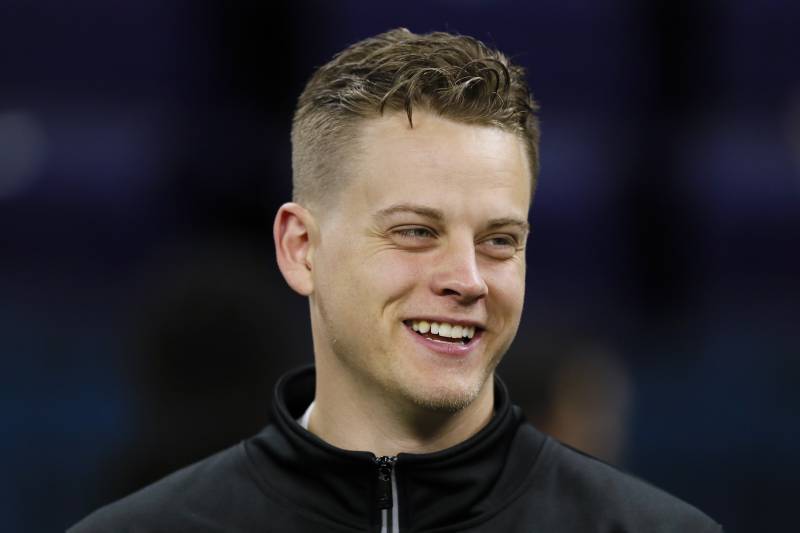 Joe Burrow is getting advice from former NFL quarterbacks ahead of this week’s 2020 draft.

“I got an opportunity to spend the day with Joe down in Orange County (California) before all of this quarantine and everything took place,” Ryan Leaf, who went No. 2 overall in 1998 and works at ESPN as a college football analyst, said on SportsCenter (h/t Garrett Stepien of 247Sports).

“And I really could tell that with him, exactly what this is, and told him about my story and everything that kind of transpired—what it took to get here and what I needed to do when I got to this point that I didn’t. And he was very receptive. He took notes. We had a good chat about it.”

Leaf also called the Heisman Trophy-winning LSU quarterback “as mentally tough as anybody.”

Leaf played just three seasons for the then-San Diego Chargers (1998, 2000) and Dallas Cowboys (2001) before his NFL career flamed out.

Burrow also sought advice from future Hall of Famer Peyton Manning, who went No. 1 overall ahead of Leaf:

Peyton Manning said on @SportsCenter that Joe Burrow called him last week, asking for advice how to handle his rookie season. Manning told him to learn what he can, become a better player, before adding that he’s OK with Burrow breaking his rookie-year interception record of 28.

The 23-year-old is expected to go No. 1 overall to the Cincinnati Bengals once the draft begins Thursday night. Burrow threw for 5,671 yards, 60 touchdowns and six interceptions on a 76.3 completion percentage as LSU went undefeated and won the College Football Playoff National Championship Game over Clemson.

.@Joe_Burrow10 had one of the greatest seasons in college football history.

If Burrow lands with the Bengals, he will be the franchise’s first quarterback taken in the first round since Carson Palmer went first overall in 2003.