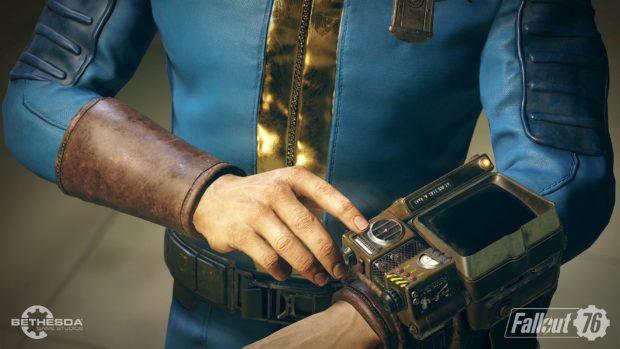 An image is taken from “Fallout 76”, the 2018 entry to Bethesda’s award-winning video game franchise. Image: Bethesda Softworks via AFP Relaxnews

The “Fallout” franchise is set in an alternative future, one where cultural styles and standards remained largely unchanged since the 1940s, ’50s, and ’60s while technological advances march ever onwards.

Yet, in a development that appears, to some of us, as much closer to reality than fantasy, dwindling non-renewable resources become the focus of escalating international conflicts.

In the world of “Fallout”, a two-and-a-half-decade world war is halted only by global nuclear strikes in the year 2077.

The TV series has been on the cards for a couple of years, according to Bethesda Game Studios’s Executive Producer, Todd Howard, and is being made in conjunction with Lisa Joy and Jonathan Nolan of Kilter Films with backing from Amazon Studios, which licensed the rights.

Joy and Nolan are currently best known for their involvement as the producers and co-creators of HBO’s sci-fi hit “Westworld”; they’ve both notched writing and directing credits on the same show.

Prior to the “Fallout” deal, they agreed to make “The Peripheral” for Amazon, based on a 2014 William Gibson novel.

That partnership was first announced in April 2018, with a writer, showrunner, and pilot episode director announced 18 months later in November 2019.

The award-winning “Fallout” series debuted in 1997, with Bethesda obtaining the rights in 2004.

The franchise is still alive today, with the first multiplayer entry “Fallout 76” released in 2018 for PlayStation 5, Xbox One and PC, and community management sim “Fallout Shelter” released in 2015 for mobile and then later for computer and console.

Bethesda commissioned a live-action trailer for “Fallout 76” to help set expectations for the game. CL